Seize The Chance To Be In The Moment. 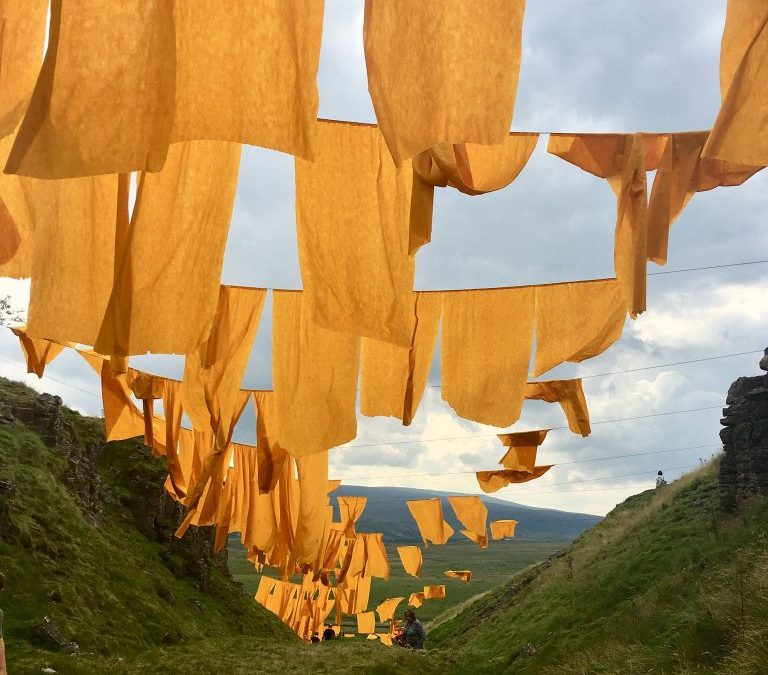 Back in the middle of 2019, I took a call from a friend and business colleague who I hadn’t seen for a couple of years. I have known this person for a long time, and I know that they work incredibly hard in stressful circumstances, so it was great to hear that, initially at their partner’s insistence, they had gone back to an old hobby. In this case, it was angling.

There was now a golden rule that they would take themselves off every Sunday to a local fishing pool and they told me that several hours of peace and quiet in such a tranquil setting, just concentrating on the task in hand, helped them put the working week behind them and recharge the batteries for the week ahead. All the fish they caught went back and sometimes their partner came along too and they just sat together in silence and tranquillity for a while.

You hear a lot online and in the media about mindfulness and meditation and I have met a lot of people who practice it to great personal benefit. However, I have also met plenty of people who just don’t get it and for whom it seems just too esoteric. I have written before about the fact that there are many ways to be in the moment that do not involve formalized meditation, and these can often be very personal. Two things happened before the pandemic that got me thinking about this and about how sometimes you just have to reconnect with something to be helpful to yourself.

I remember smiling to myself as I put the phone down, firstly because I was pleased that they had found something for themselves that helped them maintain an equilibrium, and secondly because it reminded me so much of the article, I had written three years before.

At the end of that same week, I was surprised by something that helped me reconnect with a personal way of being in the moment. My wife came home on Friday night and mentioned that there was an art installation near to us that she would be interested in visiting over the weekend. It was in Upper Teesdale, and it was called the Hush.

Upper Teesdale was traditionally an area where one of the industries was lead mining and you can still see signs of this all over the landscape. Hushing was a mining method that was first used in Roman times and was still used until relatively recently. The miners would identify a hillside they thought contained a vein of lead and would build a dam near the top of it. They would then divert streams and water courses to fill the area behind the dam with water. The area below the dam would be cleared of vegetation and then the dam would be broken. The sudden rush of water would scour away topsoil and loose rock, revealing the lead.

This sounded interesting to me as well. A trip to Upper Teesdale was an enjoyable prospect in itself, but I have to admit that I did not take in all the detail.

The following day we set off and had a very enjoyable drive up to Newbiggin and the Bowlees Visitor Centre. We were then faced with a two-mile walk to the installation, through woods, then a cow pasture, up hill and down dale, crossing streams, and through a working farmyard. It was good to be out in the countryside and to have a chat with the cows but the going was quite tough for someone with knees like mine, so I was quite tired when the artwork came in sight.

The artist had used the depression in the hillside caused by the mining and had strung a series of tensioned steel ropes across it from side to side. They had then hung what looked from a distance like large orange sheets from them. It looked for all the world like a series of washing lines with the sheets blowing about in the wind. I was tired. My knees were aching, and I was initially quite unimpressed by the whole thing, but my wife coaxed me to keep on going so that we could see it up close and I am so glad that she did.

When we got there, I sat down on a rock and my wife walked into the centre of the installation to take some photographs. As I sat there, getting my breath back, I gradually started to get it. This started when I shut my eyes for a while. There was a hidden stream running through the centre of the site and it made a gentle burbling sound as it ran over the rocks. This combined with the flapping sounds of the orange sheets, which turned out to be made of recycled paper, and the other natural sounds of the hillside to be deeply peaceful and calming. I opened my eyes and realised where this had happened to me before. The sheets were like the prayer flags I had seen in Buddhist temples when we visited Nepal a few years ago and they were having the very same effect on me. The movements of the sheets in the wind were quite hypnotic and I cleared my head and just sat there feeling deeply content.

There were plenty of other people in there and there were some fairly loud and excited children, but this did not break the peace and I swear everyone was smiling. I was reminded of something similar that I used to do years ago when my knees were a lot more robust. We had a large ash tree in the garden which I used to maintain. I would often climb it on breezy days and just stand there listening to the wind blowing through its branches, smelling the foliage, and experiencing the gentle swaying movements of the tree.

I was also reminded of my early days as a hypnotherapist when, between client appointments, I would lie in the chair, pop on the headphones, and drift into a feeling of calmness and contentment as I listened to natural sounds like these with my eyes closed.

We must have sat there happily for over an hour, and we didn’t really want to leave but when the time came, we both felt really relaxed and I noticed that in the couple of days after I was quicker to laugh. I had found that, like my friend, I had also needed to reconnect with simple things like this and take time to be in the moment by whatever means suited best. We all do.

It turned out that the installation was being dismantled the day after we were there and that perhaps serves as another lesson. Sometimes, in order to be in the moment, you need to seize it.